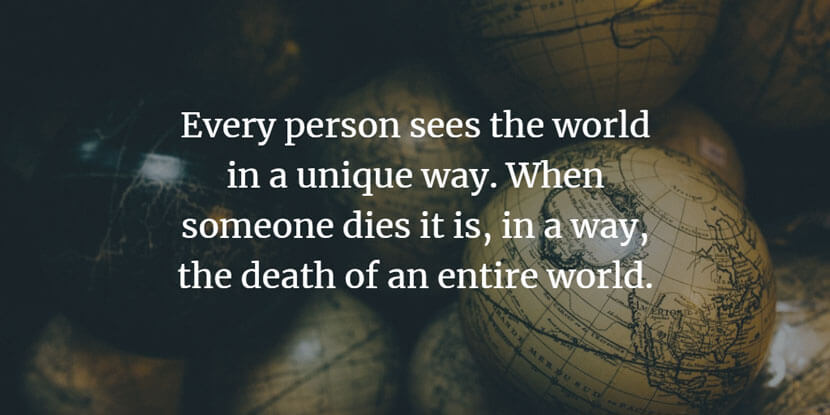 The thief is satisfied with diamonds; but the suicide is not: that is his crime. He cannot be bribed, even by the blazing stones of the Celestial City. The thief compliments the things he steals, if not the owner of them. But the suicide insults everything on earth by not stealing it. He defiles every flower by refusing to live for its sake. There is not a tiny creature in the cosmos at whom his death is not a sneer.

When a man hangs himself on a tree, the leaves might fall off in anger and the birds fly away in fury: for each has received a personal affront. […] The man’s crime is different from other crimes — for it makes even crimes impossible.