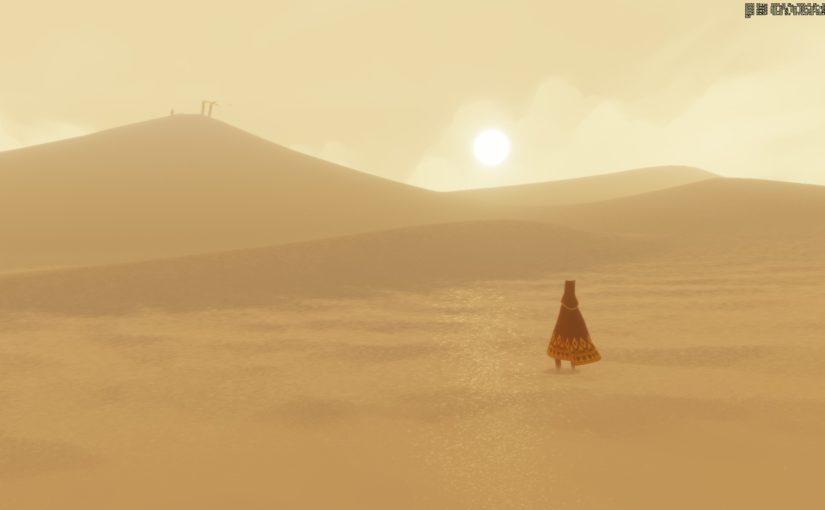 I was somewhat unsure if she’ll like the game since it requires her to use the right thumb stick of the Xbox controller for camera control for most of the time.

She’s still struggling with reaching that particular part of the controller but I was surprise at how fast she adapted – she’d just use it like an arcade stick and use the rest of her right-hand fingers to press the A & B buttons. Thankfully, Journey doesn’t require the use of the bumper and trigger buttons.

It’s officially the first game she has played and completed from start to end – about 3 hours in total over 3 days (an hour a day). Me, as the spectator (and occasional backup player for tricky situations), have also been captivated by the game’s graphics and story.

Terraria (with the split-screen mod) and Farm Together have been a staple for us but these games are more of the sandbox-y gather-build-repeat type, so her enjoying Journey did come as a bit of a surprise.

She has already completed her 2nd playthrough, and must have memorized all those puzzles by now. She’s still looking forward to playing the game again and again which made me remember the last time I felt about that for a game (Pokemon Crystal).

I hope we get to discover more games like Journey.

Also, thanks to all the random companions we met along the way!